Castries, Saint Lucia, March 21st, 2019 (CDEMA) - Raising awareness among the general public on the natural hazards that are most likely to impact Saint Lucia was the central theme highlighted throughout  the launch of new public service announcements (PSAs) for hurricanes, earthquakes and tsunamis. The new PSAs were presented at the National Emergency Management Organisation (NEMO) office in Bisee, Castries on March 12, 2019.

In her opening remarks during the launch, Mrs Dorine Gustave, Acting Director of NEMO Saint Lucia said, “This initiative by the Vieux Fort South District Disaster Committee is aimed at educating and empowering the public on the correct practices to adopt before, during and after hazards such as hurricanes, earthquakes and tsunamis”. 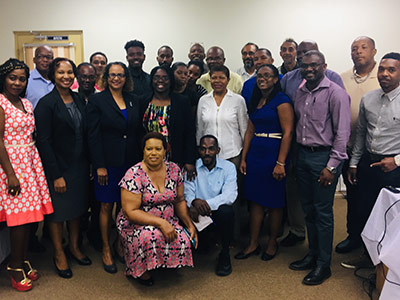 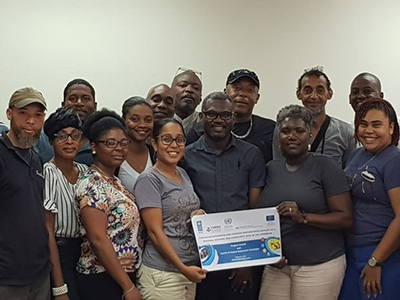 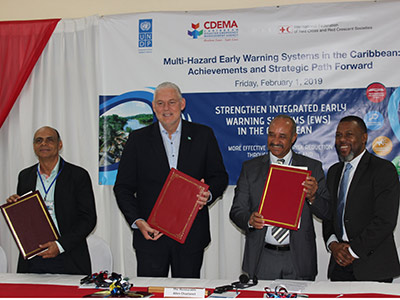 The Big Question: What are the Actions Required for A Resilient and Secure Caribbean?

St. Michael, Barbados December 19th, 2018 (CDEMA) – Climate change, development and security issues require commitment to improving sustainable policy actions. Resilient development is not just about survival and bouncing back, but about being able to thrive. This was the focus of the panel discussion on ‘The Big Question: What are the Actions Required for a Resilient and Secure Caribbean?’ with regional policy makers, practitioners and the youth during the regional consultation on ‘Climate and Security in the Caribbean: A Roadmap to Resilience’, which was held at the Renaissance Convention Centre in Aruba on December 13, 2018. 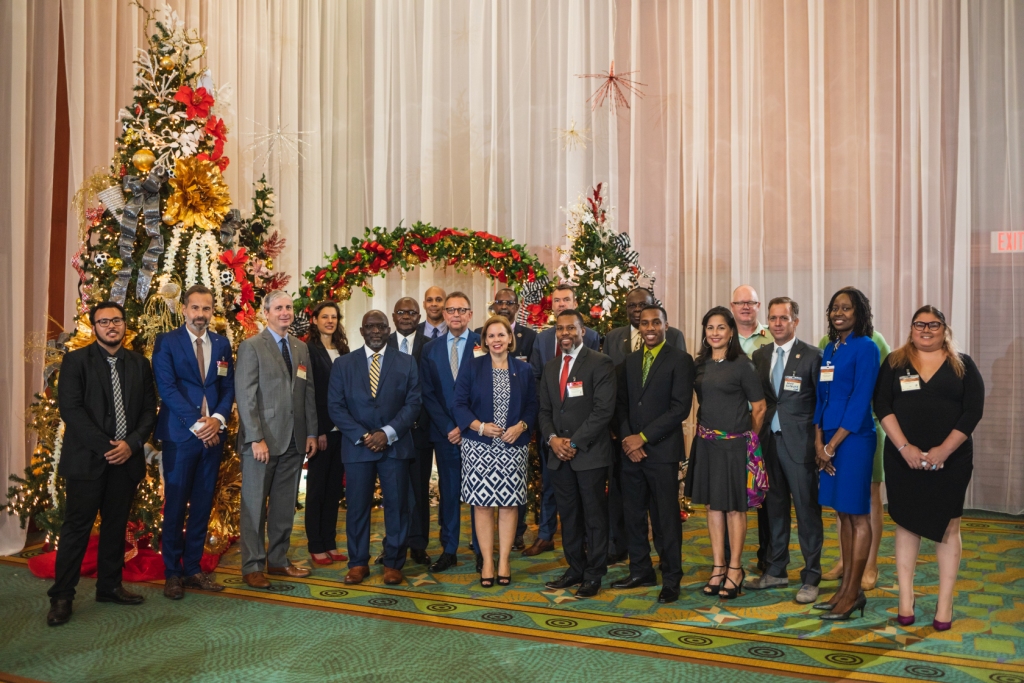 Read more: The Big Question: What are the Actions Required for A Resilient and Secure Caribbean?

Two weeks of training on Hazard, Vulnerability and Risk Methodologies for intense rainfall and coastal flooding culminated with a presentation of the results on the 28th November, 2018. The results included hazard, risk and vulnerability maps for the pilot community of Dennery, Saint Lucia. As part of the training, the group went into the Dennery community to undertake a risk perception survey. Preliminary results of the survey indicated that community members are not all aware of household and community evacuations plans. This represents one of the areas requiring strengthening in Dennery that should be incorporated into the development of the community disaster risk management plan and to inform training interventions. 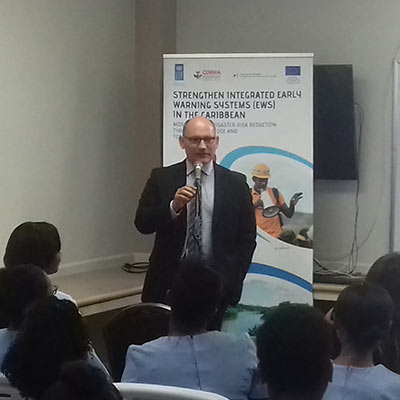