The National Office of Disaster Services (NODS) is organizing the exercise which is part of efforts to fully operationalize the national Multi-Hazard Early Warning System, which NODS is working towards bringing on stream this year. 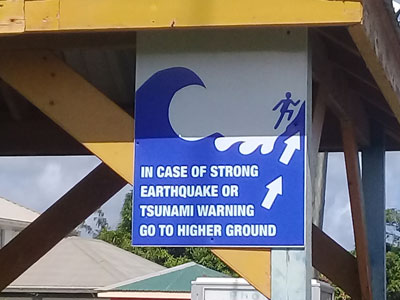 St. John, Antigua, May 9th, 2018 (NODS) - The National Office of Disaster Services (NODS) is the recipient of a number of solar powered telecommunications equipment, thanks to the Caribbean Disaster Emergency Management Agency (CDEMA). 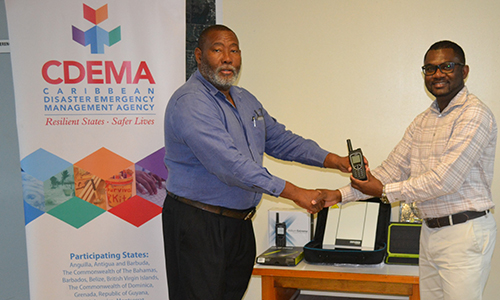 St. John, Antigua, April 18th, 2016 (NODS) - A total of six earthquakes affected Antigua and Barbuda between Sunday night and Monday morning, according to information received from the UWI Seismic Research Centre in Trinidad.

The quakes, which struck between 11:12 Sunday night and 4:31 Monday morning, were reportedly felt throughout the island, in Barbuda and other neighbouring territories such as Montserrat and St Kitts and Nevis. The biggest quake which measured a magnitude of 5.8 occurred Monday morning at 1:23.

St. John, Antigua, February 18th, 2016 (NODS) - Antigua and Barbuda and Japan have signed an agreement that will result in the country’s disaster management programme benefiting from a 10 million Yen grant aid.

St. John, Antigua, October 21st, 2014 (NODS) - Officials from a number of International Agencies were recently on island carrying out an assessment for the outfitting of a Disaster Relief Warehouse on the sister island. The Plans for which, were outlined during a formal presentation at the Ministry of Social Transformation and Human Resource Development on Monday morning.